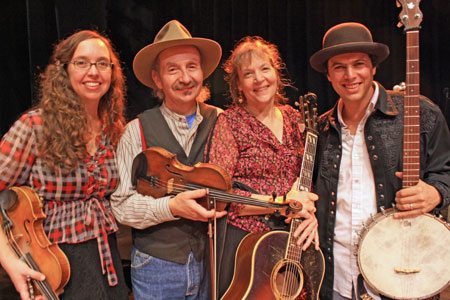 What is it they say about the family that plays together?

Well, even if they don’t all live under the same roof, this family makes terrific music and has a rip-roarin’ good time while they’re at it. The Jay Ungar & Molly Mason Family Band features Jay, Molly, Jay’s daughter Ruth Ungar, and her husband Mike Merenda. And Mike & Ruthy’s two children Will, born January 2008, and Opal born June 2012 also join them on the road, though rarely onstage.
With exceptional musicianship and a vast knowledge of numerous musical styles, Jay & Molly are one of the most celebrated duos in American acoustic music. They achieved international acclaim in 1990 when their performance of Jay’s composition Ashokan Farewell became the musical hallmark of Ken Burns’ The Civil War on PBS.

You may know Mike & Ruthy from The Mammals. Ruthy cut her teeth on traditional music, and grew up to be a top-flight performer. She brings fiddle, ukulele, guitar and deeply moving vocal performances to the Family Band. Mike Merenda favored rock and ska before being drawn into the world of acoustic music and brings those sensibilities to his playing on old-time banjo, guitar, percussion and his own compelling vocals.

Four terrific musicians. Put them together and the sum really is greater than its parts. Double fiddles, sweet vocal harmonies and rhythmic energy abound as two generations collaborate to entertain you with music from the heart and soul of America. 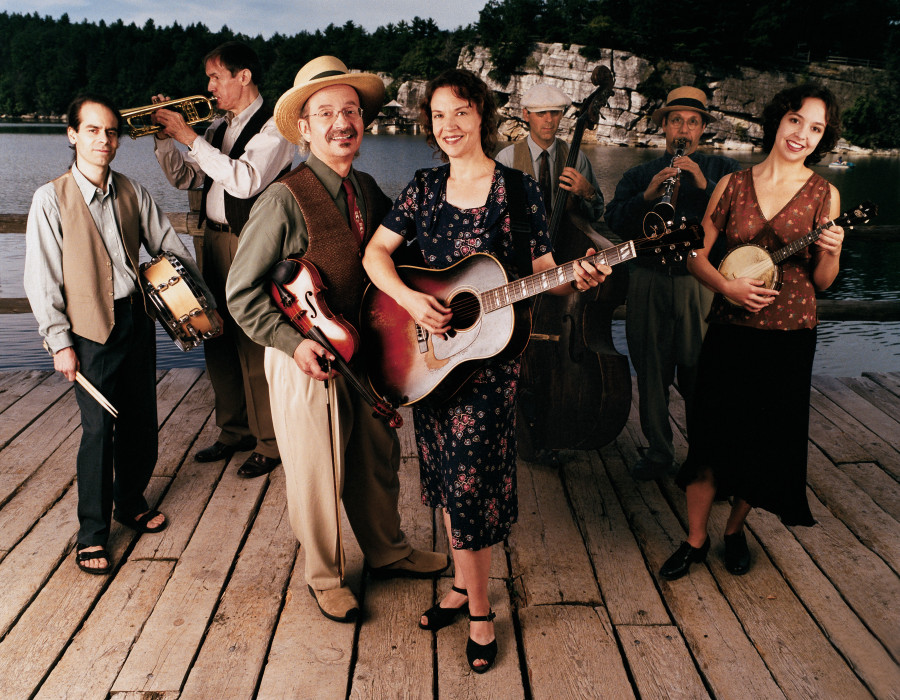 If you’ve loved Jay Ungar and Molly Mason in concert, know this: It’s even better when Swingology takes the stage.

The group, including some of Jay and Molly’s all-time favorite musicians, morphs from string band to swing band, Cajun band to Celtic band, country band to Civil War-era dance orchestra! Expect to hear tunes from Fats Waller, Stephen Foster, Hank Williams and Leadbelly-plus Jay and Molly’s classic originals like Ashokan Farewell and The Lovers’ Waltz. Long known for performing a wide range of musical styles, Jay and Molly and their friends explore each idiom with remarkable fidelity.

Swingology grew out of the strong musical ties Jay and Molly have enjoyed while running their annual Ashokan Fiddle & Dance Camps near Woodstock, New York. The group’s personnel may vary from show to show, but frequently includes Peter Davis (a multi-instrumentalist who electrifies audiences on clarinet, sax, piano, banjo, mandolin, guitar, whistle and vocals), and Peter Ecklund (a remarkable trumpet and cornet player who’s also known for his work with the David Bromberg Band, Vince Giordano’s Nighthawks, Leon Redbone, and the Greg Allman Band). Ace bassist Harry Aceto and standout drummer Sam Zucchini, who share the rare ability to play the perfect groove for each tune and genre, round out the ensemble.